On September 08, 2019 we dramatically rebranded and launched our new website www.greyteam.org.

The new site is much more user-friendly and reflects the new Grey Team branding. It also enables us to effectively display our primary mission; to provide greater and more effective health and wellness options for the veterans we serve.

“Our new name and website shows our willingness to overcome all adversities,” said Grey Teams’  President/Co-Founder Cary Reichbach. “It’s critical for our organization to continue to provide health and wellness services to the veterans in need, no matter the obstacles we face. We are resilient, just like our nation’s veterans.”

Recognization Of The Need.

After making the difficult transition from warriors to civilians themselves, Trainerspace LLC founder Cary Reichbach (US Army Veteran) and Logan Skees (US Marine Corps Veteran), became aware of the many other veterans who encounter difficulties crossing that chasm. With an average of 20 a day taking their own lives in the United States, they began to visualize a non-profit whose sole mission was to reduce and eliminate PTSD related suicides. By utilizing the tools and strategies that had worked for them, the pair set off on their new mission to help those who also donned the uniform.
November 13, 2016
December 08, 2016

The Trainerspace Foundation is officially born and awarded 501(c)3 status by the IRS and the State of Florida.
December 08, 2016

The Trainerspace Foundation is recognized as a "Best Practice" for soldiers and veterans by the Building Healthy Military Communities (BHMC). The Florida Army National Guard requests help from the Foundation with their Warrior Wellness initiative to battle against their soldier's health issues and PTSD related suicides.
May 12, 2017
November 14, 2018 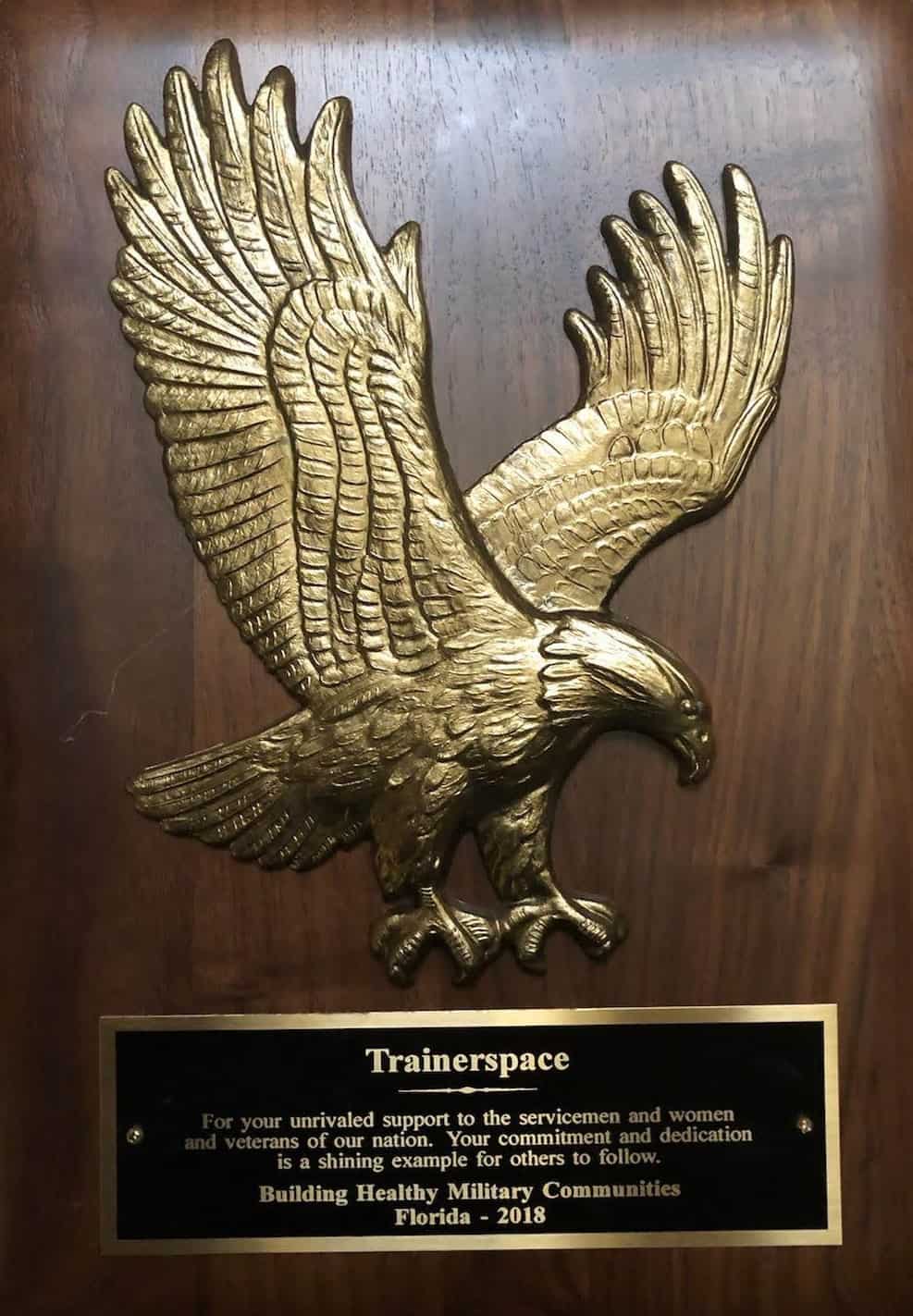 Awarded by Building Healthy Military Communities (BHMC) for "Unrivaled support to the servicemen and women and veterans of our nation. Your commitment and dedication is a shining example for others to follow."
November 14, 2018
September 08, 2019

After the sale of our sponsoring partner, Trainerspace LLC, Trainerspace Foundation relocated and filed for DBA as "Grey Team" to continue to serve our great nation's veterans as well as active duty military.

Fun Fact: Grey Team is the unofficial jargon term for the top-tier of US combat warriors, as well as the name of the now disbanded, Joint Neurosciences Inspection Team. These were a series of special inspection units commissioned by the Joint Chiefs of Staff to serve as a mechanism to help improve the care of American forces serving in Iraq and Afghanistan. Their missions were particularly focused on the “invisible wounds of war” such as traumatic brain injury or post traumatic stress.
September 08, 2019

We envision an America where our veterans receive the care they deserve.

We see an America where a veteran can live their life after service with pride, joy, and fulfillment.

We see a future where a veteran can adequately support themselves, their families, and their community.

Our vision of this future is that the community,  schools/universities, and businesses, work together to make this happen.

Our Vision Start With You!

Become a member of Grey Team and receive the latest news, updates, and a chance to win our ultra-cool logowear.