Grey Team wants to tell you the story of US Army Pfc. Alton Knappenberger, a 20-year-old farm boy from PA who was only 5’6″ and 118lbs. Heroes come in all sizes, don’t be fooled by Arnold Schwarzenegger movies.

On Feb1, 1944, Pfc Knappenberger (AKA Knappie) pressed himself to the cold ground on the outskirts of Cisterna di Latina, Italy. A few inches of snow lay on the open field, just enough to cover it. His outfit, Company C of the 30th Infantry Regiment, 3rd Infantry Division, was in contact and taking heavy fire from the Germans, who were raking the terrain with automatic weapons fire. 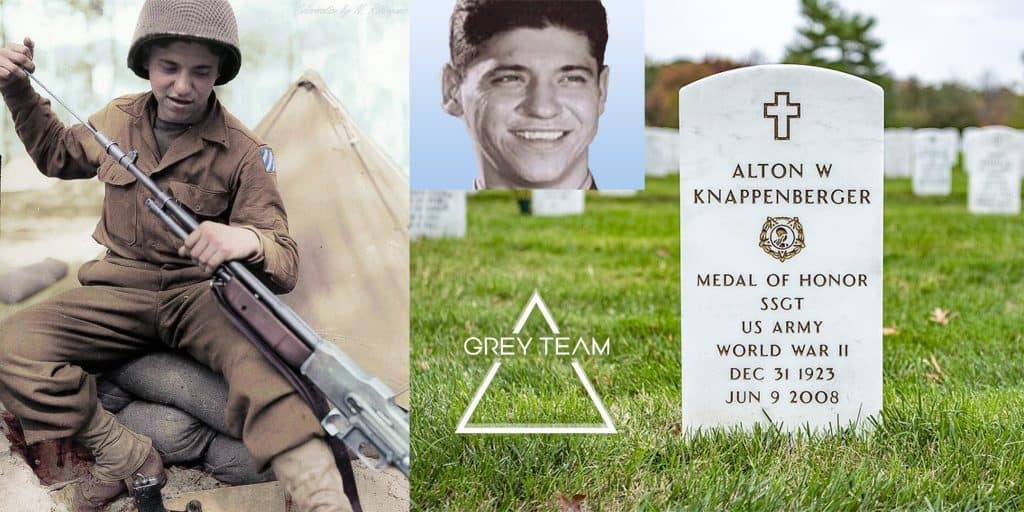 The barrage killed or wounded most of the pinned-down men of Knappie’s outfit. All of the officers and sergeants were seriously wounded or killed, leaving the outfit without a leader.

Knappie felt alone and exposed. As little more than a replacement who had only recently arrived overseas, he had no combat experience whatsoever to guide him.

Now, on Feb. 1, Knappie felt as though he had lain for hours exposed to the Germans’ intense firepower and decided he wouldn’t stay hunkered down any longer.

No one gave an order. None of his superiors was alive or in a condition to command. In a moment, he chose to act on his own against the overwhelming enemy massed in front of him.

Knappie saw that the man 10 feet to his right was dead and had a Browning Automatic Rifle (BAR). If he could get that BAR, he’d have far more firepower than the M-1 rifle he was issued. He crawled over to the dead soldier, grabbed the BAR, got up off the ground, and ran forward, zig-zagging in the open. For 30 yards, 40 yards, bullets whipped past him, anyone who has been in combat knows the unmistakable sound – Pfft, pfft, pfft. He reached a small hill, threw himself to the ground, and looked beyond it.

He saw the flashes of a multitude of German guns — with him in their sights. Bullets missed him by inches. They kicked up chunks of hard dirt.

He faced a daunting task, but the gun he carried would help him hold his ground. The fully automatic BAR combined penetrating power with rapid-fire. It shot .30-06 Springfield bullets fed from a detachable 20 round box magazine and had a range of up to 600 yards.

Knappie set his sights on an enemy machine-gun nest about 85 yards away. He got on his knees, trained the Browning on the nest, and pulled the trigger. Short bursts. Two of the gunners fell dead. Another was wounded.

On his left, two Germans had crawled to within 20 yards of his position. They tossed potato-masher hand grenades at him. Just as they released the grenades, he fired and killed both men with a single burst. The grenades landed short and only sprayed chips of dirt up at him.

He shot a German who was about to throw a grenade. It exploded and killed the man and another next to him.

He aimed at another machine gun nest, this one was about 85 yards away and off to his left a little. Short bursts. He silenced it.

Running out of ammunition, he crawled off the knoll to the right about 20 yards and found a dead American soldier. The man didn’t have BAR ammo, but he did have M-1 bullets, the same caliber as those used in the BAR. Knappie removed rifle magazines from the dead man’s belt.

Back on the knoll, he calmly fed the bullets one-at-a-time into the 20-round BAR magazine with his frozen fingers. Again and again, he opened fire at the German gunners.

When he used up his ammo, he crawled off to the right. This time he found a dead American BAR man and took his remaining full magazines. As he inched back to the knoll, the Germans sighted him with their machine guns and machine pistols. They peppered the ground with bullets.

When a 20mm antiaircraft gun more than a hundred yards away opened up, Knappie fired back and wounded one of its crewmen.

Tank and artillery shells burst within 15 yards of him.

More than two hours passed. To Knappie, they amounted to a blur. He stayed put and kept shooting. Sometimes he lay flat. Other times he rose to his knees. As he was a physically small man, he presented a tiny target to the Germans.

Eventually, six men from his unit crept up and joined him on the knoll, firing their M-1s. They were the only men left out of the original 200 + men in Company C.

Knappie himself, had come through without a scratch except for a blister on his heel from his boot.

Later, when other U.S. troops involved in the drive to liberate Rome took the ground in front of the knoll, they found 60 German dead. Knappie had single-handedly stymied an entire enemy attack, saving countless American lives.

The episode had lasted just 2 1/2 hours on his 11th day of combat. It was all the fighting he would ever see as word of Knappie’s deed spread quickly. When it reached his commanders, they investigated the reports and recommended him for the highest of awards, the Medal of Honor, and a return to the United States.

The division’s commanding general came to shake his hand before he departed and barked, “A one-man army, that’s what you are. A blasted one-man army!” 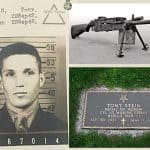 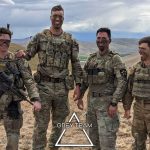 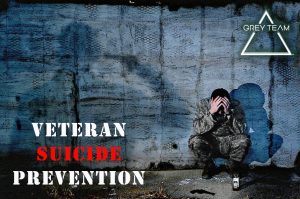 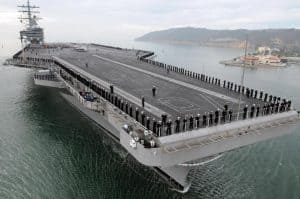